Some St. Stephen residents gathered at a public hearing on Wednesday night to voice their concerns over plans to demolish a 128-year-old historic building, which has stood empty for seven years.

There were a few tense moments at the meeting between St. Stephen residents and St. Stephen Mayor John Quartermain.

David Ames is one of the residents who is demanding more time to find enough funding to save the historic building.

“It makes it easier for us to collect money to know exactly what amount that needs to be collected. That was never presented to us,” he said.

Ames said the information about the cost of the repairs was disclosed on a Friday afternoon in advance of a council meeting on Monday. 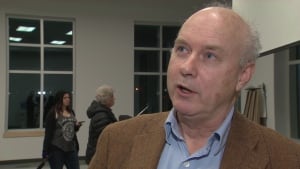 David Ames, a St. Stephen resident, said he wants more time to find funds to save the historic town hall building before it is demolished. (CBC)

St. Stephen town council voted unanimously to spend $100,000 to demolish the old town hall, rather than spend the roughly $2 million they say it would cost to repair the structure.

The public meeting was hosted by the mayor and the engineers detailing what was wrong with the building.

Quartermain said there are already groups looking at the potential for developing the lot the historic building would leave.

St. Stephen town council will meet again in the days to come to decide if giving residents more time to raise money to save the building is an option. 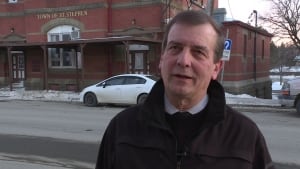 The building was designed by Thomas Fuller, the architect behind Parliament in Ottawa and the Halifax Armoury, and has stood since 1885. It served as the town’s post office and town hall.

Quartermain said last week that the $2 million estimated bill to fix the old town hall would be too much of a burden on local taxpayers.