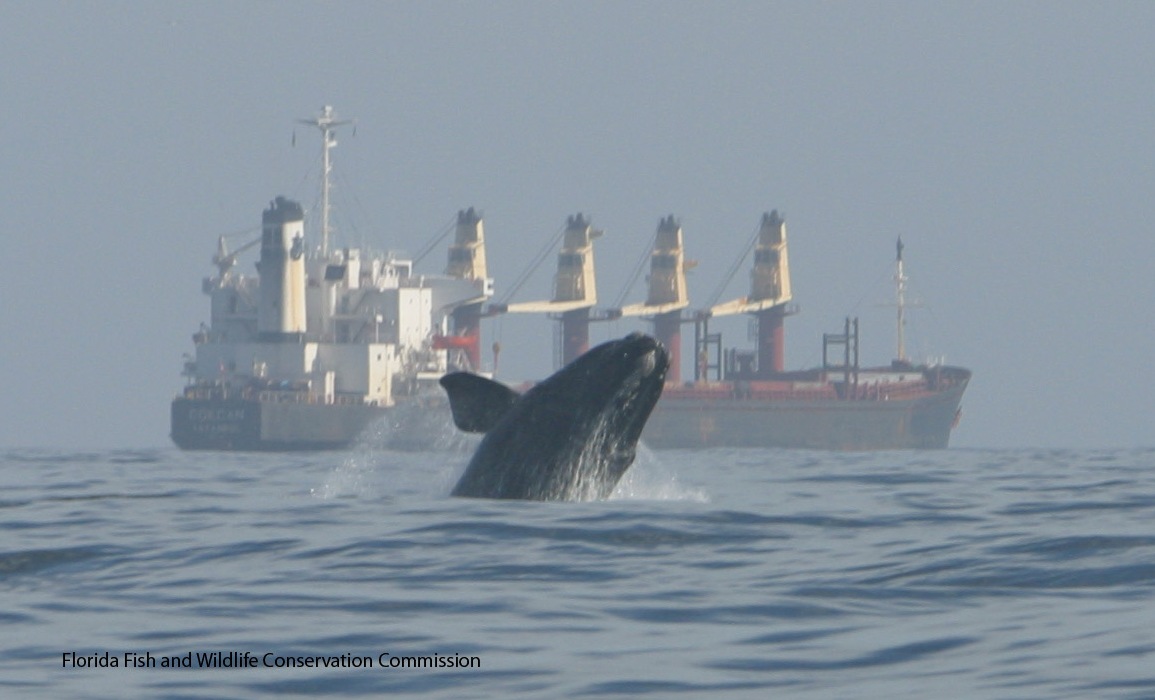 We are pleased to announce the following paper has now been published in print, and online open access in Conservation Letters. This paper is relevant to the new proposed critical habitat to North Atlantic right whales in US waters.

To determine effectiveness of Seasonal Management Areas (SMAs), introduced in 2008 on the U.S. East Coast to reduce lethal vessel strikes to North Atlantic right whales, we analyzed observed large whale mortality events from 1990–2012 in the geographic region of the “Ship Strike Rule” to identify changes in frequency, spatial distribution, and spatiotemporal interaction since implementation. Though not directly coincident with SMA implementation, right whale vessel-strike mortalities significantly declined from 2.0 (2000–2006) to 0.33 per year (2007–2012). Large whale vessel-strike mortalities have decreased inside active SMAs, and increased outside inactive SMAs. We detected no significant spatiotemporal interaction in the 4-year pre- or post-Rule periods, although a longer time series is needed to detect these changes. As designed, SMAs encompass only 36% of historical right whale vessel-strike mortalities, and 32% are outside managed space but within managed timeframes. We suggest increasing spatial coverage to improve the Rule’s effectiveness.