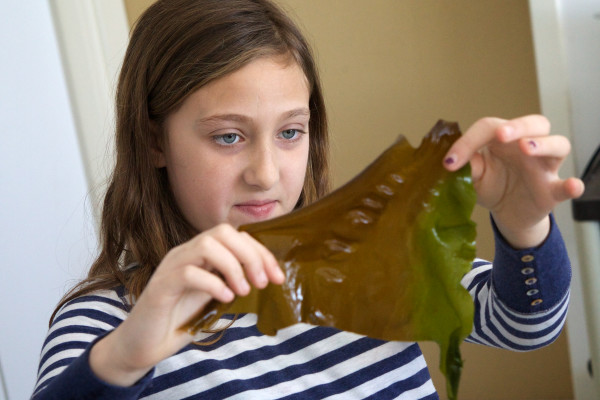 Ever since massive seaweed harvesting has moved into the Bay of Fundy and Gulf of Maine, ecologists have warned that these habitats are vital to myriad marine species … and not just the creatures that live there. The production of larvae, planktonic forms and direct prey species works its way right up the food chain and ultimately influences us and our traditional fisheries.

This interesting article from the Bangor Daily News points out the vital relationship between lobster and seaweed.

Part of the article is provided below. Be sure to click through to the entire editorial.

How Maine lobsters’ future could depend on seaweed that surrounds them

By The BDN Editorial Board
Troy R. Bennett | BDN

Read the full report  … A year ago, a special legislative commission formed to study the effects of ocean acidification in Maine and recommend action sounded the alarm about potential danger ahead for crustaceans, shellfish, mollusks and other species that depend on carbonate to develop hard shells.

The 16-member commission said more research is needed to fully understand the effects of ocean acidification on commercial fisheries. The state needs to invest in its ocean monitoring and research capacity and act on what it already knows, the commission said in its final report, issued in January 2015. “The better the understanding of how acidification will impact commercially valuable species throughout their life stages, as well as the marine ecosystem as whole, the more prepared Maine will be to find effective and efficient solutions,” reads the document.

Seaweed and eelgrass, then, could be key to lobsters’ survival and their future success. That means the state needs an effective management strategy to protect seaweed as harvesters take an increasing amount of it. Protecting existing eelgrass also needs to be a priority. And the state should encourage seaweed farming — an activity with a negative carbon footprint — by making it easier for entrepreneurs to secure the permission they need to set up seaweed aquaculture sites. (Seaweed is a nutritious food with the potential for market growth.)

The survival of Maine’s iconic fishery depends on an effective response to climate change and ocean acidification. As a result, the fate of Maine lobsters and seaweed could be inextricably linked.