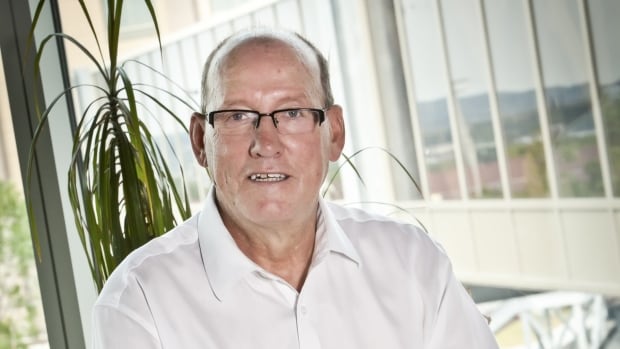 Chief Terry Paul said the deal was good for everyone involved in the project. (Terry Paul)

It’s taken what one native leader called a long four years, but Emera and the Mi’kmaq of Nova Scotia signed an agreement Wednesday granting Aboriginal peoples greater involvement in the development of the Maritime Link.

The socio-economic agreement allows Mi’kmaq leaders to environmentally monitor the construction of the subsea cable, increases workforce capacity for Mi’kmaq communities, and gives Mi’kmaq companies fair and equal access to contracts on the project.

“There’s a size and a scale to the Maritime Link that necessitates an agreement of this nature,” said Rick Janega, president and CEO of Emera in Newfoundland and Labrador. “The projects we’ve done previously in Nova Scotia really didn’t have the same magnitude.”

Although all parties involved in the development of the Maritime Link say the Mi’kmaq have been involved in the project since its inception in 2011, Wednesday marked a formal agreement with the group.

“We want to make sure that whatever agreement we are able to come up with, the [Mi’kmaq] communities are also on board with that. So it takes a while,” said Chief Terry Paul, co-chair of the Assembly of Nova Scotia Mi’kmaq Chiefs.

Concerns had been raised about the environmental impact the link would have.

“You’re going through sensitive waters and land, and we were very concerned about the fish habitat … but at the end of it we’re very happy,” said Paul, adding that all his concerns had been addressed by Emera.

Chief Sidney Peters, co-chair of the assembly, also signed the agreement and spoke of the project’s value to the Mi’kmaq.

“I think that our First Nations communities will benefit from this, as well as all Nova Scotians for sure,” Peters added.

Several Mi’kmaq companies are already being contracted to work on the almost $1.6 billion Maritime Link, which Janega said will provide 300 jobs a year in Nova Scotia.

The link is expected to be complete in 2017, and will transmit hydroelectricity from the island of Newfoundland to Nova Scotia, connecting Newfoundland and Labrador to the North American transmission grid for the first time.

That electricity will come from the Muskrat Falls hydroelectric project, which is now under construction in Labrador.