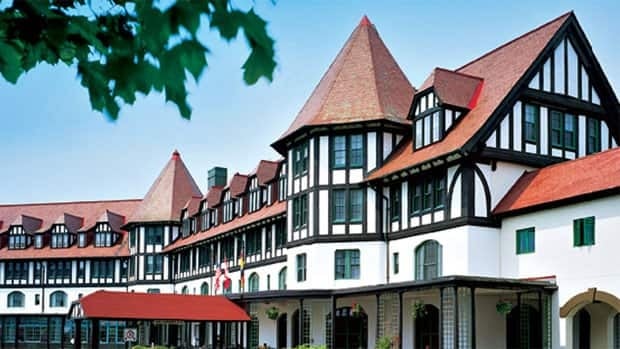 The Algonquin’s Facebook page says it all: “Our next chapter starts today.” After numerous delays and about $30 million in renovations, the stunning St. Andrews-By-The-Sea resort reopened Wednesday to much fanfare, and more than a few oohs and aahs. And apparently not a moment too soon for those who rely on the economic boost that the historic hotel gleans from tourism.

Matt Honey’s Honeybeans coffee shop was one of the few that managed to hold its own — and then some — during the hotel’s downtime. But he says the reopening should perk up his slower periods in early spring and late fall. “We lucked out and had a really good summer. But yeah, things could always grow coming into those seasons,” said Honey. “And if those shoulder seasons could be extended, another month on either side even, then that would be a wonderful thing.”

Honeybeans customer Claude Vienneau was one of many interested in seeing the finished product. “Out of curiousity … and we’ve been waiting a long time for this opening to happen,” he said. “And it should be amazing. It’s once-in-a-lifetime that they’ll open the doors to the public to get a tour.”

At more than 120 years old, the Algonquin was showing its age. Renovations began in 2012, with a re-opening date set for June 2013. Nine months later, the wait is finally over. Inside, a glimpse of the renovations: fancy new decor, and upgrades to furniture and bathrooms, to name just a few,

Former guests Anne and Robert Downey were impressed. “It’s beautiful. They’ve maintained a lot of the historical parts of it, and yet scaled it to a modern decor,” said Anne Downey. “They’ve definitely kept with the theme that they had had in the past,” added Robert Downey. “And it doesn’t look like they’ve wasted any money. They utilized the money sensibly and didn’t tear things apart just for the sake of tearing things apart.”

The Algonquin, billed as the first Marriott Autograph Collection hotel in Canada, welcomed its first paying guests since the facelift on Wednesday. The Tudor-style hotel, which also features a seaside golf course, first opened in 1889. The Canadian Pacific Railway Co. bought the property in 1903 and sold it to local owners in 1970. The province leased the hotel in 1973 and bought it in 1984. The hotel’s guest list has included Canada’s first prime minister, Sir John A. Macdonald, former U.S. president Theodore Roosevelt and Princess Diana. The resort employs about 60 people year-round and more than 250 during the peak tourism season.